Fasting is nature’s way of curing disease, restoring health and prolonging life. As all zookeepers and pet owners know, animals of every species instinctively refuse to eat when they are sick, and the same rule applies to animals in the wilderness. Long ago, humans also shared this natural survival instinct, and even today, primitive tribes in remote regions of Africa, Asia and the Amazon still have special “sick houses” located on the outskirts of their villages where the sick rest quietly and comfortably, without eating any food, for as long as it takes to recover their health.

It is significant in our time of degeneration that fasting, living without solid and liquid food, is still not accepted as an effective means of healing by the average person and the orthodox medical doctor. Even naturopathy required a few decades of development to embrace Nature’s only, universal and omnipotent method of healing. It is further significant that fasting is still considered to be a special kind of cure.

Fasting is so feared and misrepresented that the average person considers you a fool if you miss a few meals when sick, thinking you will starve to death, when in reality you are being cured. Medical doctors in general endorse and, in fact, teach such foolish beliefs regarding Nature’s only foundational law of all healing and curing. These people fail to understand the difference between fasting and starvation.

All of the natural treatments that have been designed and formulated to eliminate toxins which do not require at least some restriction, or change in diet or fasting, disregard the truth concerning the cause of disease. 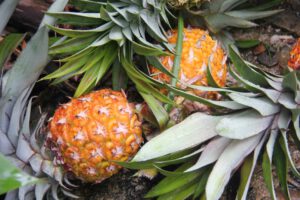 Have you ever thought about what a lack of appetite means when sick? And that animals have no doctors, no drug stores, no sanitariums and no machinery to heal them? Nature demonstrates and teaches by showing that there is only one disease and it is caused through eating. Therefore, every disease whatsoever it may be called, can be healed by one remedy: reducing the quantity of food or by healthy fasting.

The reason so many long fasts have failed and continue to fail is due to the ignorance which still exists regarding what goes on in the body during a fast. The body has been over-expanded during its entire life through overeating. Therefore, the functioning of the organism is continually obstructed by an unnatural overpressure on the blood and on the tissues. As soon as you stop eating, this overpressure is rapidly relieved, the avenues of circulation contract, the blood becomes more concentrated, and superfluous water is eliminated. This goes on for the first few days and you may even feel fine, but then the obstructions of the circulation become greater because the diameter of the avenues becomes smaller and the blood must circulate through many parts of the body, especially in the tissues, at and around the places of obstruction. The blood stream must overcome and dissolve mucus and poisons and carry them through the kidneys so that they can be eliminated.

When you fast, you eliminate first and at once the primary obstructions that exist due to the eating of unhealthy food and overeating. This results in your feeling relatively good, or possibly even better than when eating, but then secondary obstructions from your own waste enter the circulation and you feel miserable. You and everyone else blame the lack of food. When the waste taken in the circulation is eliminated, you will undoubtedly feel fine, even stronger than ever before. It is a well-known fact that a person who is fasting can feel better and is actually stronger on the twentieth day than on the fifth or sixth day, which is certainly a tremendous proof that vitality does not depend primarily on food, but rather on unobstructed circulation.

If you drink only water during a fast, your body cleanses itself, the same as when you press out a dirty, wet sponge, but the dirt in this instance is sticky mucus, and in many cases pus and drugs, which must pass through the circulation until it is so thoroughly dissolved that it can pass through the fine structure of the physiological sieve called the kidneys. However, here at Shangrila our healthy fasting features  juice fasts only, and we do not accept people who are more than 20 kilos overweight. The longest fast we offer lasts ten days.

If a person has ever taken drugs – which get stored in the body like the waste from food – his condition might become serious when these poisons enter the circulation when fasting for the first time. Palpitation of the heart, headaches, nervousness and insomnia may set in. Symptoms such as those described above are blamed on the fast by everybody, especially doctors.

In spite of this, every cure, especially the curing of a long-term unhealthy diet, should start with a two- or three-day fast. Everyone can do this without any harm, regardless of how seriously sick he may be. First a light laxative and then an enema daily makes it easier as well as harmless.

The information in this menu and its submenus are adapted from:

Mucusless Diet Healing System: Scientific Method Of Eating Your Way To Health by Arnold Ehret M.D. Written in 1903 at his Swiss sanatorium.
Detox Diet and Wellness Lifestyle by Dr. Grady Deal (1992)
The Dao of Detox by Daniel Reid (2001)
Raw Vegetable Juices: What’s Missing in Your Body? by Norman Walker (1936)
The Fasting Path by Stephen Buhner (2003)